In the past four years I attended lectures and discussions hosted by the Salzburg International Summer Academy of Fine Arts in my capacity as an interpreter. Although I had always been aware of the institution and its international renown, like most of my fellow Salzburg citizens I didn’t really know a whole lot about it. Only that it’s something to do with the famous Austrian painter Oskar Kokoschka and somehow involves our city’s most prominent landmark, the Hohensalzburg fortress. Starting 21 July, this year’s programme might not only attract hundreds of students from around the globe, but also the interest of Salzburg residents.

The Summer Academy in a nutshell
Founded in 1953 by the Austrian painter Oskar Kokoschka as the “School of Vision”, the Salzburg Summer Academy of Fine Arts offers courses in the visual arts at a high academic level. International artists teach students (art students and mid-career artists as well as nonprofessional artists) from more than 40 countries. 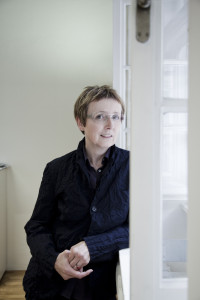 Hildegund Amanshauser,
director of the Summer Academy of Fine Arts in Salzburg

Although in principle the courses are open to anyone, applicants have to submit a portfolio to get in. As far as its course programme is concerned, the Summer Academy is a closed event that non-participants have no access to, which explains why most Salzburg citizens are not entirely sure what the Summer Academy really is or does.

But the Summer Academy is by no means out of bounds to the general public. In addition to courses, there are the lectures and discussions that anyone can attend – without registration or invitation. The topics are presented in a way that lets anyone interested join in, whether it’s “The artist’s studio” or “Global Art”. Of course, these topics will hardly lure large crowds. But then again, that’s not what the Summer Academy is aiming for.

Leaving the historical centre to explore a problem district
But this year’s topic, “CITIES – spaces for art, politics, living …”, might appeal to Salzburg’s population more than in years past. Especially as it includes city walks through our city – for example, through the district of Lehen, which isn’t generally considered one of our more presentable areas. Hildegund Amanshauser, director of the Summer Academy, chose this part of Salzburg for a particular reason, as “Lehen is a focal point of the city’s development”.

Since talking about a place isn’t half as good as seeing it for yourself, Lehen can be explored on a city walk that focuses on how the district is making the transition from a deprived fringe area to a modern and multi-faceted city district whose appeal and quality of life are constantly increasing.

Show and tell
Other parts of the city of Salzburg will also be explored on three more city walks, including “Salzburg from behind”, which shows the hidden corners in the historical centre, or one that deals with the water veins and fountains of the city – a tour that might prove popular simply for the fact that one of the things Salzburg citizens are extremely proud of is the excellent quality of our water.

Out and about this summer

To underline its interest in the district of Lehen, the Summer Academy has moved the venue for lectures and discussions there. They will be held in the fairly recently built Stadtgalerie (municipal gallery). The questions asked will range from “What constitutes a city today? How does it function (or not)?” to, more pressingly for Salzburg, “How can we bridge the gap between the local situation in Salzburg Old Town, a UNESCO World Heritage Site, with its shopping streets and cultural venues, and global developments?”

“Salzburg’s citizens are very interested in the goings-on in their city and like being involved,” says Hildegund Amanshauser. And for this reason, the Summer Academy’s programme is likely to attract people who play an important role in the city’s development, e.g. urban planners, architects and artists. But Salzburg’s citizens are also called to take part. The aim is to get many different voices to contribute to the discussion.

Will we be gleefully scandalised?
All those who don’t find the discussion topics particularly riveting may still enjoy the output of the Summer Academy: for the first time a public art course is being held. The students’ work, usually presented in exhibitions at the end of a course, will be shown in public spaces. Since public art usually triggers scandals and emotional discussions, we can look forward to loving or hating what Polish artist Robert Kusmirovski and his class have in store for us. Hildegund Amanshauser doesn’t see a typical Salzburg public art scandal ahead. “That would be too easy,” she smiles at my question. What is important to her is that the public art interventions are relevant to the space where they are installed and that they are sensitively incorporated there. Also, the art will be removed at the end of the Summer Academy. “After all, we don’t want to clutter the whole city with art.”

In any case, we can look forward to an interesting summer with the programme of the International Summer Academy of Fine Arts.

More information on the events

More information on the city walks 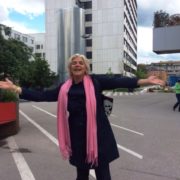 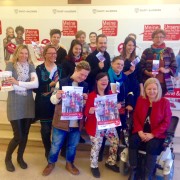 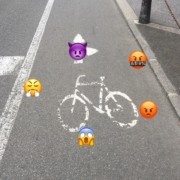 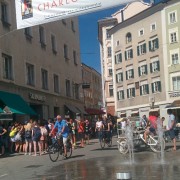 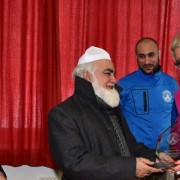